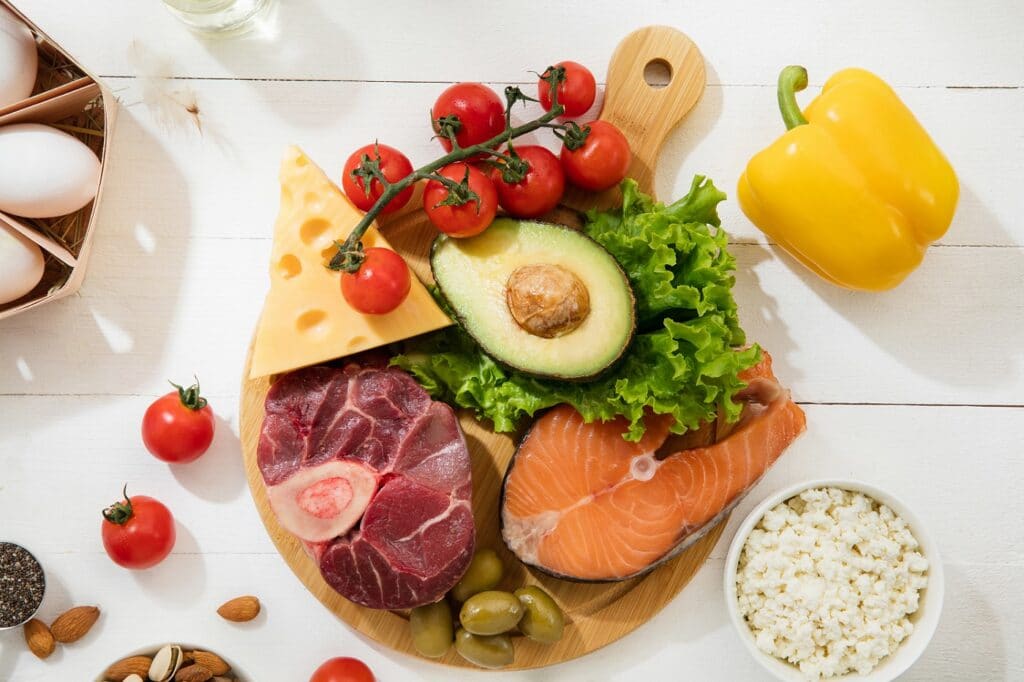 The 2020 population census reveals that the Generation Z, or Gen Z, accounts for 27.94% of the total 270.20 million population in Indonesia, or the largest share in the country’s age demography. Referring to those born between 1997 and 2012, today’s Gen Z are entering their adolescent years (BPS, 2020). The Gen Z, or today’s adolescents, are transitioning into adulthood in a world that is characterized by rapid technology development. Because of this, the generation is also known as the iGeneration, or the internet generation. They are the digital natives who are able to seamlessly adopt internet and virtual-based activities into their daily lives. Technology is part of their childhood and they are familiar with sophisticated gadgets from the early age – a phenomenon that indirectly affects their personality (Natali, 2016).

The fact that the internet exposure that the Gen Ze/adolescents experience is not limited by space or time can be detrimental to the future quality of this generation, especially when internet exposure is not complemented with internet literacy skills. At the same time, today’s young generation is expected to provide positive contributions to Indonesia’s 2045 Golden Generation and in the national development. The demographic dividend that Indonesia potentially unlocks may only be realized when its adolescents are healthy – physically, mentally, emotionally, and spiritually. As the main actors in Indonesia’s demographic dividend, adolescents must be able to be agents of change, transform their mindset, and contribute to Indonesia. Adolescents also face triple reproductive health challenges, namely child marriage, promiscous sex, and drug abuse. The adolescents that are protected from these issues will be the ones who contribute to Indonesia’s demographic dividend and the 2045 golden generation.

In 2020, Indonesia had the second highest prevalence rate of child marriage in ASEAN (Deputy of Child Growth and Development, Ministry of Women Empowerment and Children Protection). In 2018, of the total 267 million population, there were 11 per cent of women who got married at the age of 20-24 years old. Meanwhile, there were 1,220,900 girls predicted to be married before they were 18 years old. The prevalence of child marriage under 15 years old was 0.56 per cent (Indonesian Socio-Economic Survey, 2018). In terms of promiscuous sex, a study conducted by Reckitt Benckiser Indonesia to 500 adolescents in five major Indonesian cities found that 33 per cent adolescents had experienced sexual intercourse (Liputan6.com, 2019). Indonesian students have also been exposed to drug abuse with around 2.29 million students found to have experimented with illicit drugs in 2018 (BNN, 2018).

The triple threats of reproductive health may lead to another risk of increased prevalence of stunting in Indonesia. Stunting has been recognized as a major threat in Indonesia; its elimination is identified as one of the National Priority Projects across ministries and government institutions. In 2019, Indonesia’s stunting prevalence rate stood at 27.67 per cent, or higher than the WHO standard that recommends a maximum of 20 per cent of stunting prevalence rate in any country (Survey on the Nutritional Status of Children Under Five, 2019). Assuming that Indonesian adolescents continue to be exposed to reproductive health threats, stunting rate may also continue to increase.

To respond to the challenges surrounding adolescents, the National Population and Family Planning Agency (BKKBN) has developed a holistic program for adolescents called Generasi Berencana (GenRe), which places the Gen Z at the heart of the program. The program envisions Indonesia’s healthy and educated young generation that will lead to reduced stunting rate, realized demographic dividend, and Golden Indonesia 2045.

The GenRe program is developed to educate adolescents about and prepare them for adulthood and family life. The program favors delaying age at first marriage to provide the young generation time to pursue their education and job stability, and that marriage needs to be planned alongside the reproductive health cycle. GenRe also focuses on character building, where adolescents are taught to avoid early marriage, pre-marital sex, and drug abuse so that they can grow into a resilient and productive generation who can contribute to the national development.

GenRe also has stunting reduction element. Stunting is a condition of impaired growth and development signified by a child’s low height-for-age and has been identified as a major health problem in Indonesia. Stunting reduction efforts have also been mainstreamed to all ministries and government institutions. However, as stunting is irreversible, its prevention becomes crucial. Stunting prevention needs to start early with interventions targeting adolescents; they are believed to be agents of change in bringing down the rate of stunting in Indonesia.

The risk of stunting is higher in children whose mothers have poor nutritional status. Today’s female adolescents may be future mothers who will experience pregnancy, childbirth and childrearing. However, the 2018 Basic Health Survey found that 8.7 per cent of adolescents aged 13-16 years old and 8.1 per cent of adolescents aged 16-18 years old were underweight and severely underweight. Some of the contributing factors were their meal pattern where breakfast was often skipped and 93 per cent did not consume enough fiber from vegetables and fruits (Global Health Survey, 2015). Marriage and pregnancy among individuals with poor nutritional status may increase the risk of stunting. GenRe is crucial in this regard to promote reproductive health and to prevent child pregnancy – another risk factor in stunted children.

Indonesian adolescents must also be able to transform their mindset – to carry out the ‘mental revolution – and be agents of change for a better Indonesia. Adolescents who are exposed to the GenRe program can be the mentors and role models for their peers. Through GenRe, they can gain knowledge, experience, and skills from each other and be each other’s support in transitioning to adulthood. This transition period includes continued learning, start working; form families; exercise citizenship; and practice healthy life.

As agents of change, adolescents should be able to assume the role of facilitators in development: 1) in the educational role, they may serve as peer mentors and counsellors that promote GenRe program. They may take part in national character building, campaigning against early marriage, pre-marital sex, and drug abuse to eventually prevent stunting; 2) they may also disseminate innovations to and from other young people. They may announce as widely as possible that adolescents can contribute to stunting reduction and prevention as well as giving birth to golden generations through planning; 3) in facilitation role, they help providing access or resources that adolescents need or other stakeholders of development; 4) in consultation role, they may act as advisors, or proposing alternative solutions to issues affecting adolescents and other stakeholders; finally, 5) in advocacy role, they may inform policy-making that favors the perspective and needs of adolescents (Mardikanto in Afib, 2021).

To be an agent of change, an adolescent must posses the characters of a capable communicator (Ethous) namely good sense, good moral character, and good will (Rakhmat, 2012) in order to inspire other adolescents and to bring change to their peers. GenRe Indonesia holds a significant potential to mobilize adolescents through positive and innovative activities, campaigns about family and family role for adolescents, and campaign against the triple threats of reproductive health as well as providing support for one another as they transition into adulthood.

In addition, to have effective GenRe promotion, modern media platforms that are relevant for the Gen Z need to be utilized, namely social media and other types of cyber media, such as Facebook, Twitter, Instagram, Blogger, and Whatsapp. Conventional channels, TV and radio network, also need to be utilized to disseminate GenRe information and others, such as stunting reduction and prevention campaign. This is in line with the survei result of Nielsen Consumer & Media View in the second quarter of 2016 to Generation Z in 11 Indonesian cities, which revealed TV, the internet, and radio as the top three preferred information channels for adolescents. The use of media in the effort of building a next generation that is aware of the importance of planning for their future and that posseses the national character is a strategic step to have public participation in the national development. The hope is to reduce stunting prevalence rate to 14 per cent by 2024.

The Generation Z plays a crucial role in the development of a next generation that plans for their future, as encapsulated in the GenRe program. The Gen Z is the agents of change, including in ending stunting in Indonesia. As agents of chance, they need to have the traits of a good communicator (Ethous), namely good sense, good moral character, and good will in order to inspire and elicit positive changes in other adolescents. Successful development of the next generation may contribute to stunting rate reduction to 14 per cent by 2024, which increases Indonesia’s potential of realizing its demographic dividend and the Golden Indonesia 2045. 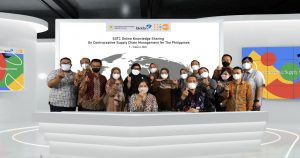 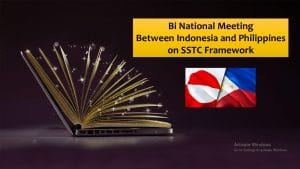 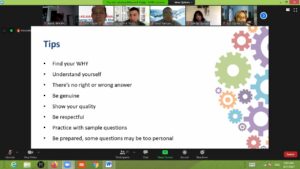